Looking for some stoke before your next ride in the mountains? It’s just a couple clicks away in the best snowboarding movies on Netflix, Amazon Prime, and Youtube. These adventurous filmmakers will take you all over the world and showcase the best pros, terrain, snow conditions, and types of riding. A sick line is awesome, but personally, I look for a good story along with the riding. Jeremy Jones’s Deeper or Higher, or the all female riding crew of Full Moon hit the perfect balance of powder and plot. For those who just want non-stop snowboarding to a killer soundtrack, check out TurboDojo. There is also no subscription required for YouTube, which includes several full length snowboarding movies and series episodes. And who knows, by watching snowboarding films it might just make you a better rider. (No guarantees, though.)

Here are some of the best snowboarding movies to stream right now.

Netflix doesn’t have any pure snowboarding movies like they used to, but there are five multi-sport adventure movies from NDG Cinema (Nuit de la Glisse) with big mountain riding that are worth the watch. Addicted to Life, Don’t Crack Under Pressure I, II, III, and Magnetic follow extreme athletes at the top of their game. From big mountain skiing and snowboarding to wingsuit jumping, kite boarding, surfing, and free diving to name a few. These extreme athletes test the limits in extreme locations and conditions.

When the company that invented the modern snowboard makes a film with 39 riders of the Burton Team, you pause whatever you’re doing and press play. The creative and scenic locations around the globe paired the top snowboarders is a winning combination. The film celebrates the love of snowboarding in all types of terrain with some impressive results.

A pure snowboarding flick from Absinthe Films, the longest standing independent snowboard filmmakers. No storyline, no talking, just incredible snowboarding to rockin’ soundtracks. Kick back and be inspired for your next ride or just have it play on repeat in the background. Instead of riding one location to the next it goes from one rider to the next so the locations repeat throughout the film, but you see how each rider hits it differently.

From the director of Art of Flight comes a new movie with riders Travis Rice and Elias Elhardt. Set in the Alaska wilderness of the Tordrillo Mountains, the film captures incredible pillow lines and steep spines. The incredible first person point of view camera work makes you feel like you’re there, shredding down the mountain.

Fruition – The Life and Dreams of Nicolas Müller

This move follows the history of one of the most influential snowboarders in the world, Nicolas Müller, and the obstacles he has faced throughout his life and career. If all you want is epic big-mountain snowboarding, fast-forward half way through the movie, but there’s bound to be a few new nuggets and X Games highlights you don’t want to miss.

Be inspired by this all female crew shredding some absolutely insane lines. It showcases past and present snowboarding pros as they progress the future of the sport. This film stands out for excellent videography, editing, soundtrack, and riding.

This is the first snowboarding movie from the Arbor Snowboards riding team. It has some of the best street riding scenes of all the Amazon snowboarding movies. They keep it real and don’t edit out all the falls so viewers and amateur riders get a more accurate perspective of how difficult the riding was.

The first two of the Deeper, Higher, Further trilogy are included with Prime. If you are interested in splitboarding, these are both must stream movies. They showcase legendary rider Jeremy Jones, founder of Jones snowboards, on his quest to go deeper into the mountains where you have to climb up the summits in order to ride down. There are no lifts and no helicopters out there. Higher includes some insane first descents.

If you’ve watched many ski and snowboard films you’ve likely watched one by Warren Miller. (He’s the OG of ski films and is credited with creating the genre.) This is the 67th film with his name on it and although he passed away in 2018 his legacy lives on. This movie flips between vintage Warren with current day riders hitting some of his favorite locations. It makes me want to spend a winter living in a van in the Sun Valley parking lot. “No one told us we were supposed to be cold, so we weren’t cold.”

There are several full length snowboarding movies, short films, and series episodes on YouTube. Expect to watch a few ads throughout the film. There are also full replays of competitions such as X Games, Burton US Open, and Kings and Queens of Corbet’s. With so many snowboarding movies available on YouTube, maybe that is why Netflix doesn’t want to compete.

A short film by Red Bull Snow, Pillow Talk follows Travis Rice and three other riders in inner British Columbia as they ride what Rice calls “the most salvage pillow line he’s ever ridden.”

As the Crow Flies

Another recent film by Red Bull Snow has some beautiful scenes such as when they ride through the streets of an ancient city ruin. Excellent riding, gnarly lines, and unique cinematography add to the enjoyment of this movie.

A group of top riders shred their way through Canada and Alaska, with thrilling lines and some epic crashes, thankfully some of them actually wore helmets. The result is a short and sweet movie.

The FIFTY project is a series of episodes (all on YouTube) which follow Cody Townsend on his quest to climb and ski all 50 lines in the book “The Fifty Classic Ski Descents of North America.” Peak Obsession is a stand-alone film about the project and is episode 19 with lines 17-Meteorite and 18-Pontoon ridden with Jeremy Jones.

This is another Red Bull film, which follows pro snowboarder Victor de Le Rue freeriding the mountains of Chamonix. There is some serious mountaineering up and sometimes down the mountains. They also build a kicker surrounded by blue glacial ice.

The first full length snowboarding film by Vans travels around the globe riding in unique cities and mountains. No surprise, much of this Vans flick is street riding.

The Spirit Of Flatness

This is a snowboarding film slash documentary. It explores the snowboarding culture of Finland on a journey to carve through the remote Finnish Mountains in an otherwise flat country. Finland is home to some of the best snowboarders in the world and it makes me wish I had the opportunity to go to Snowboarding High School.

Not at the top of the list, but if you enjoy watching powder riding, this short film follows riders around interior British Columbia in some epic pow pow conditions.

Now that you’re in the snowboarding mindset, it’s time to book your next snowboarding trip to the mountains. On our Youtube channel we have handy resort guides exploring ski resorts around North America as well as tours of mountain lodging to make finding the right destination and terrain on your next trip easy. (We’re biased, but we think these guides are some of the best snowboarding videos on Youtube.)

Check out our guide to Breckenridge ski resort in Colorado:

Learn how to ski and snowboard Vail like a regular: 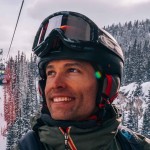 Jeff Nied is cofounder and content creator of Snowboard Traveler with more than 22 years of snowboarding experience. He started making homemade snowboarding movies in his backyard terrain park and worked his way up to climbing the highest alpine bowls in the Rockies. When he’s not on his snowboard, you can find him training for a triathlon or marathon or walking his dog in Central Park. Hello there!
We're Jeff and Jennifer, the husband-and-wife storytellers behind Snowboard Traveler. We call New York City home, but you can usually find us exploring the best ski resorts around the world on our snowboards.